If you're here it's because your eager to know more about us. Make yourself a cup of tea and we'll tell you our story. We're sure you'll love it!

MiiN Cosmetics is the benchmark Korean cosmetics store in Europe. Our story began in 2014, when Korean cosmetics still sounded very foreign. We were pioneers in bringing the best Korean cosmetics to Europe, and since then we've made it our mission to seek out and offer the best "Made in South Korea" brands. Lilin YANG founded MiiN as a response to a need that she had as a consumer. When she moved to Spain, she settled for a time in Madrid but still travelled back and forth to Asia. She took advantage of those trips to load up her suitcase with the cosmetics and novel treatments that could only be found there, in Seoul to be precise.

Travelling thousands of kilometers to restock on her favourite cosmetics wasn't ideal, and she couldn't help but wonder why such incredible cosmetics were relatively unknown in Europe.

Lilin got down to work and set herself the challenge of bringing her favourite brands to Europe, so that she could have her particular products on hand, as well as helping European women discover their amazing properties. In 2014, the first MiiN store was opened in Barcelona, shortly followed by Madrid, Munich and Milan. 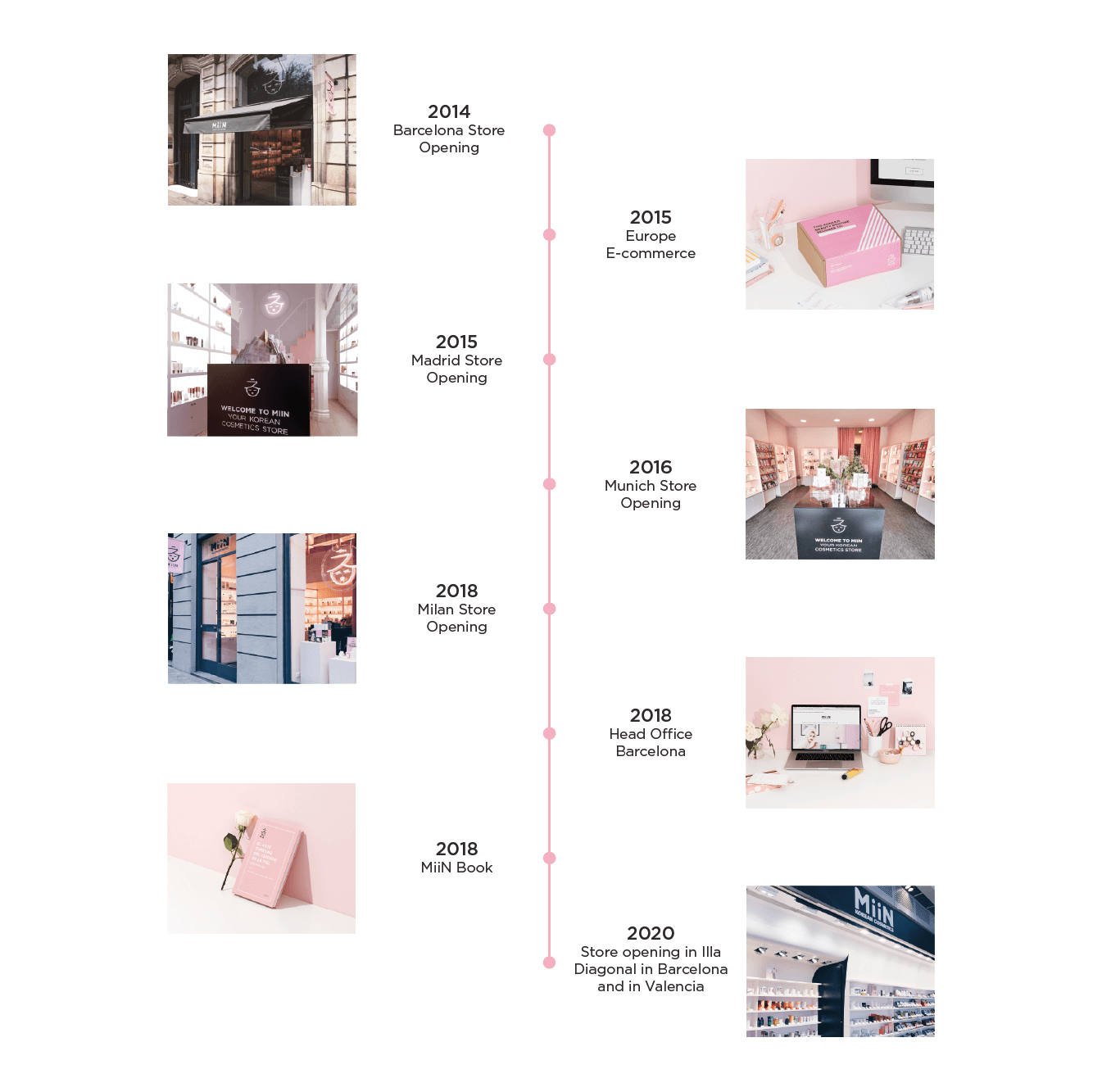